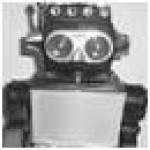 Updated 2 years ago by Justin Maxwell

You want the decision or input a user provides on one playbook to link to one or more other playbooks.

For example, you may have a master "qualification" playbook that determines which type of need your client has (e.g., custody, divorce, or will & trust). Dependent on that qualification, you may then have three different "intake" playbooks that answer sets of questions tailored to each of the three practice areas.

How to do it

We'll refer to them as "child" and "parent" playbooks. The parent playbook is the main one that forks off to the child playbooks, which are subroutines.

If you try to delete (or move to draft) a child playbook linked from a parent playbook, the system won't allow it. You must un-link it first.

How did we do?

(opens in a new tab)